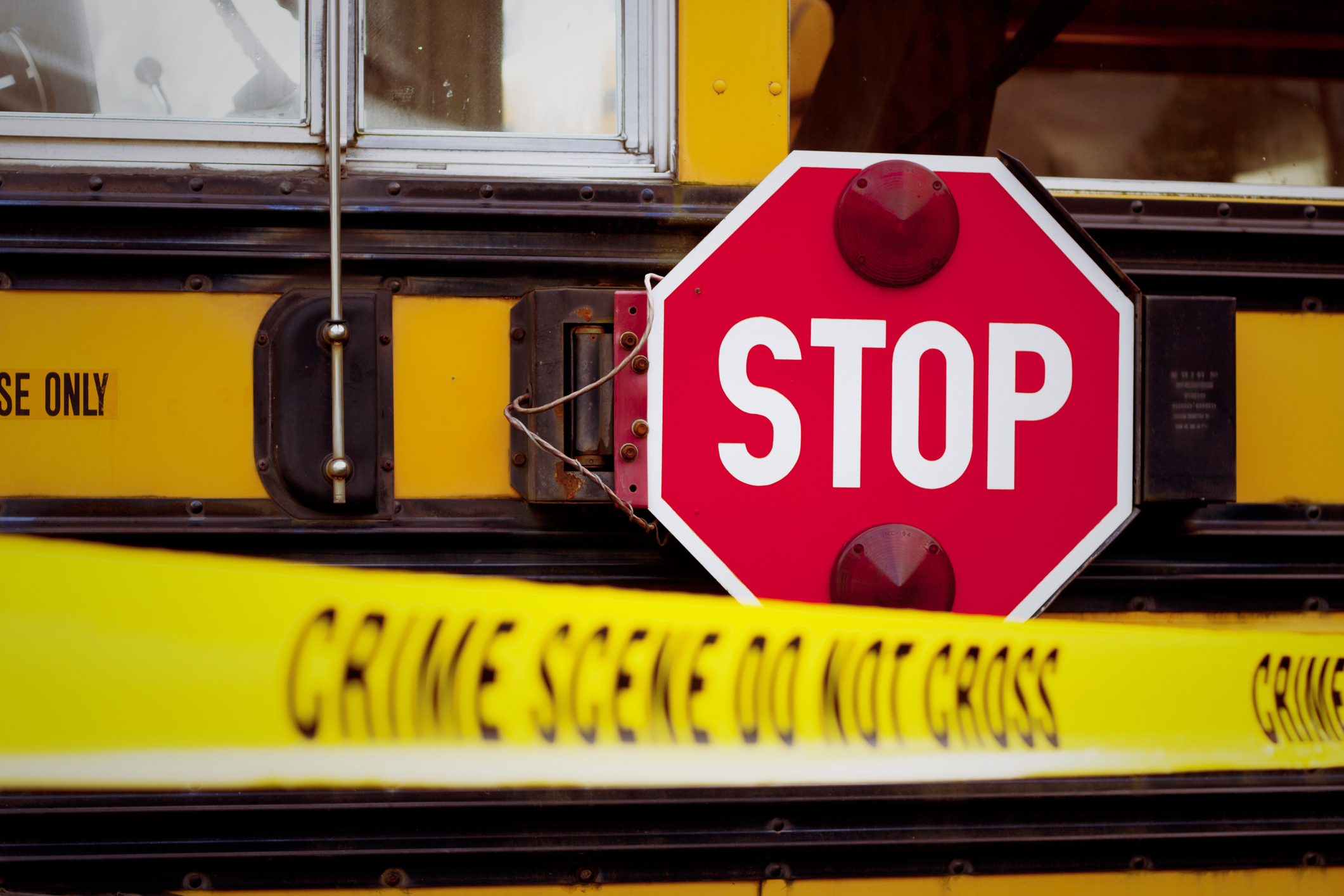 The United States is finally coming to grips with something many mothers of color have known for years—school can be a dangerous place for kids. Black and Hispanic mothers have been grieving the senseless deaths and injuries to their children at school for years. Sadly, it took yet another school shooting in Parkland (FL) to create a national discourse that might actually make a difference this time. Surprisingly, the Florida state legislature took a stand against the gun lobby and passed a law that would, among other things, increase the age to legally purchase a gun from 18 to 21, create a three-day waiting period, require a background check, and ban bump stocks that enable rapid-fire shooting. But the law also calls for arming teachers. 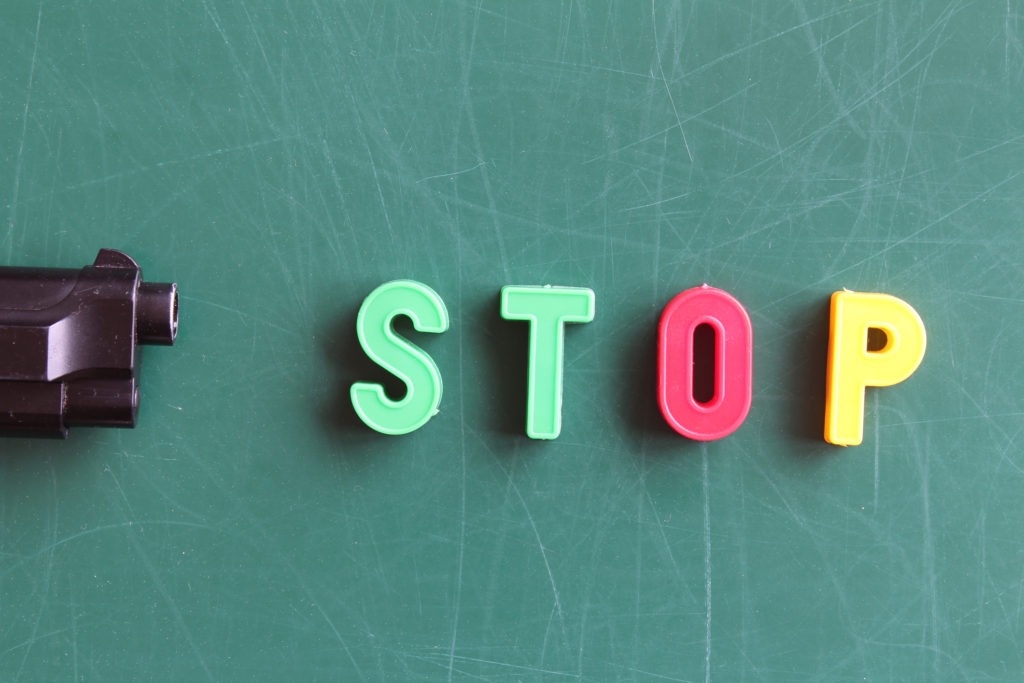 Armed teachers in schools are the stuff of nightmares for most mothers of color. Children of color are already the targets of the harshest discipline schools have to offer and have been physically assaulted by teachers, other school personnel, and school resource officers. In almost all of these incidents, NOTHING happened to the adults committing these crimes. Can’t you see the headlines?

‘Teacher fearing for her life, accidentally shoots a student.’

‘School personnel cannot explain how the student was killed by the gun.’

Students of color—especially African-American students—are given harsh punishments instead of mental health treatment or other non-disciplinary supports when they ‘act out’ in school. Students of color already feel unsafe on campus. According to the National Center for Education Statistics, most students of color in grades 9-12 reported being threatened or injured with a weapon on school property during the previous 12 months. 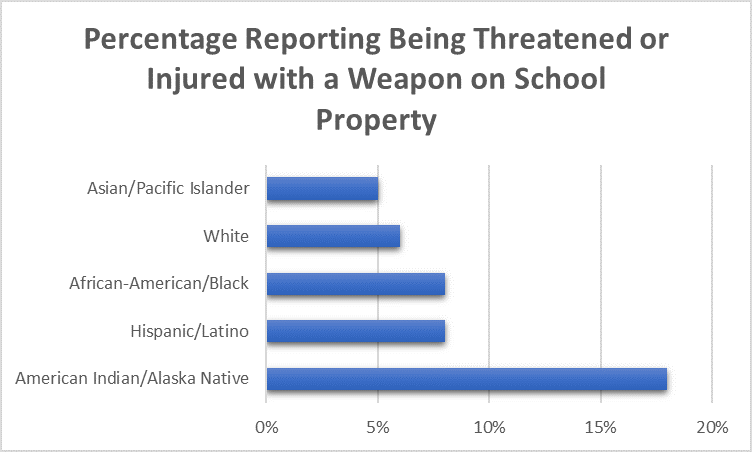 But why do students of color feel unsafe at school? Maybe these recent incidents can help those who don’t believe their fear is real.

It is hard for most mothers of color to wrap our heads around arming teachers as a way of keeping our children safe at school. Take the first step to make sure that your opinion about giving teachers guns and other plans to improve school safety are heard! 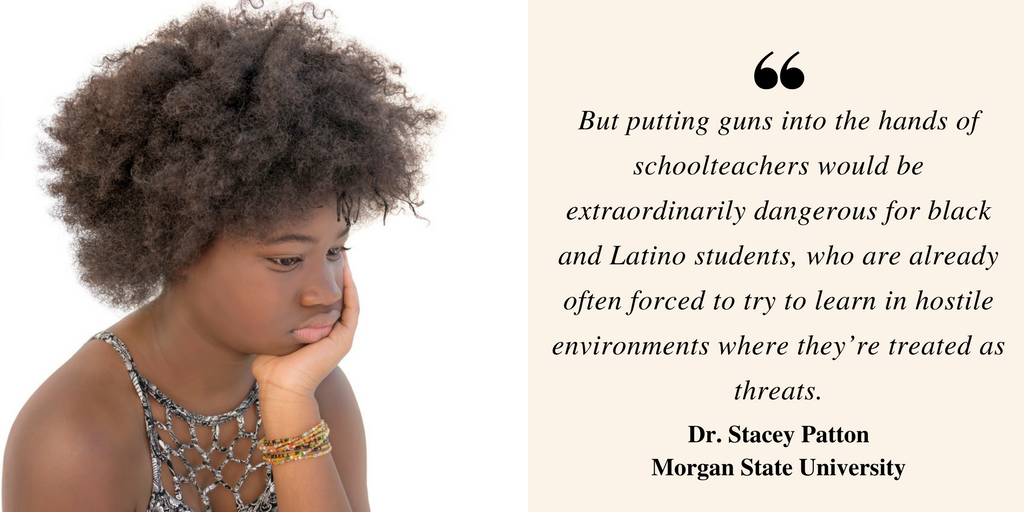 What Can You Do About This Troubling Trend?

The Network for Public Education is conducting a survey of pre-K – 12 parents and students between the ages of 14-25 on gun violence in schools. Too often families of color don’t have an opportunity to weigh into these type of surveys. Please take a moment today to make sure that this survey includes your point of view on this issue. Share it with your friends and family and watch as your child completes the survey—you might learn something about how she or he feels about their safety at school.

WE CAN will be partnering with other organizations to expand our knowledge and advocacy voice on this issue. If you have thoughts about what we should be doing, please leave a comment and we will follow-up with you.

Stephanie McGencey, Founder and President, WE CAN