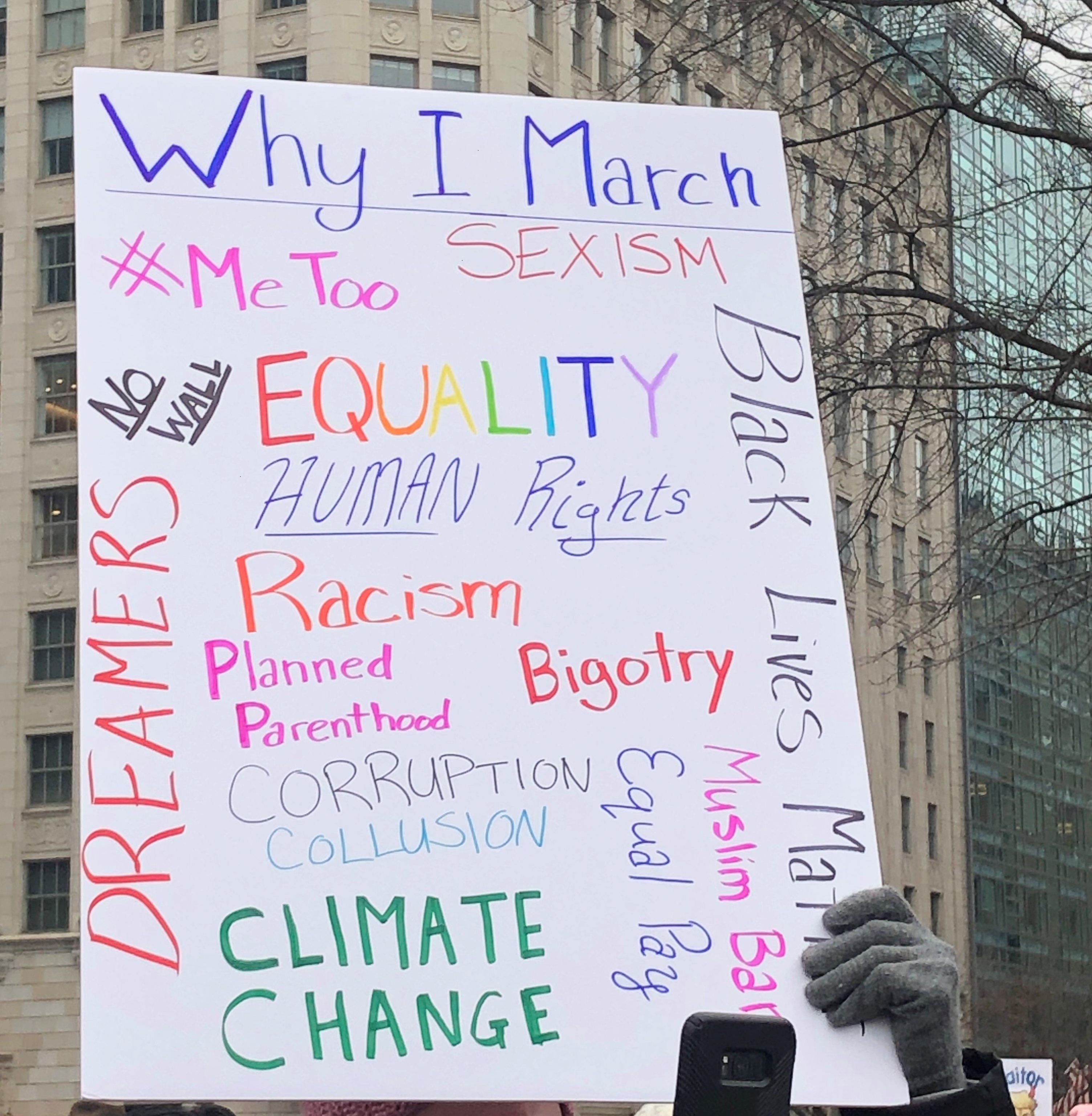 On Saturday I attended the Women’s March. I also volunteered (for the second time) to support the thousands of Marchers who came to the Nation’s Capitol to take a stand against the current regime. It was energizing to see the large crowd, carrying great signs, marching hand-in-hand demonstrating support for equal rights, the right to choose, fair pay, healthcare, and other issues important to women and girls. 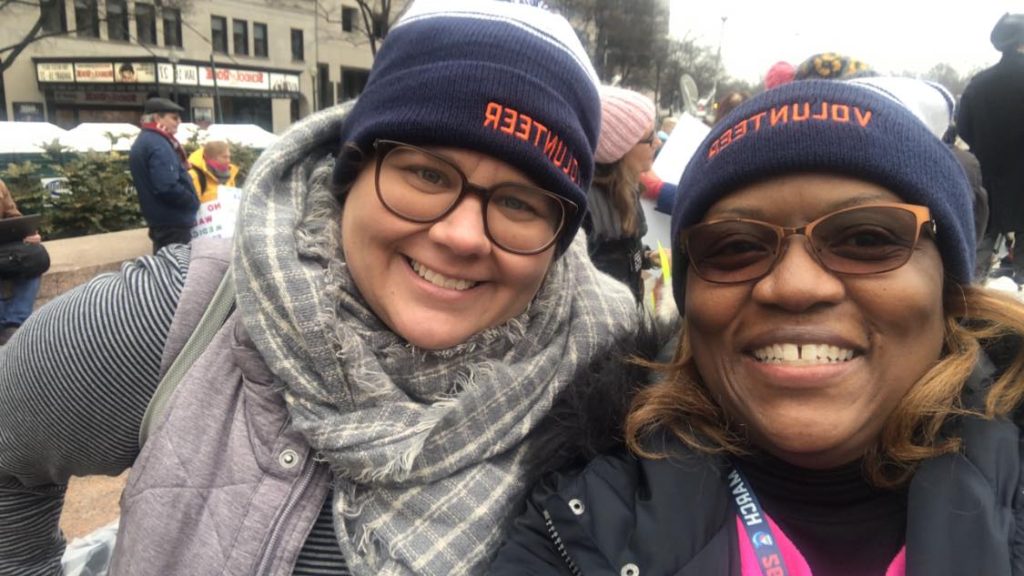 I know some of you stayed away from the Women’s March because of the controversy surrounding one of the March leaders. I hear you, and I understand. The ‘controversy’ surrounding the Women’s March cannot be ignored and I want to open a dialogue. Dialogue is critical because I think the dark side (my term for ANY group, ideology, or person that would attempt to silence women of color), wants us at odds with one another. The dark side is fully bought into the divide and conquer way of working and we cannot allow this strategy to work. Together we are powerful, divided less so. 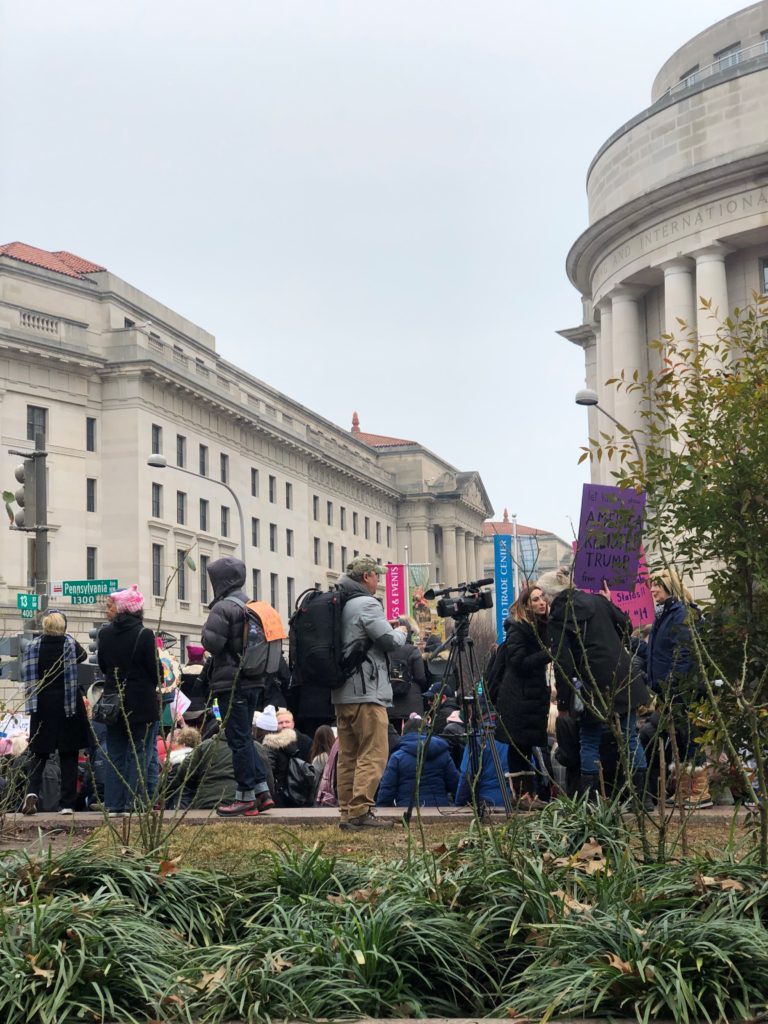 The main reason I attended the March is to be a part of the show of strength! If we were to believe much of what we hear on the news, it would seem that our numbers are small. That the past two years have worn us down and that we have given up the fight. That women of color don’t have as much power as we think we have. That we are too disorganized to make a difference. That we cannot win, but they are wrong! Saturday proved that there are thousands of us willing to stand against misogyny, racism, and xenophobia. I saw women of color in leadership roles (my volunteer captain was an amazing young Latina) and women of color marching to save ourselves (and others). 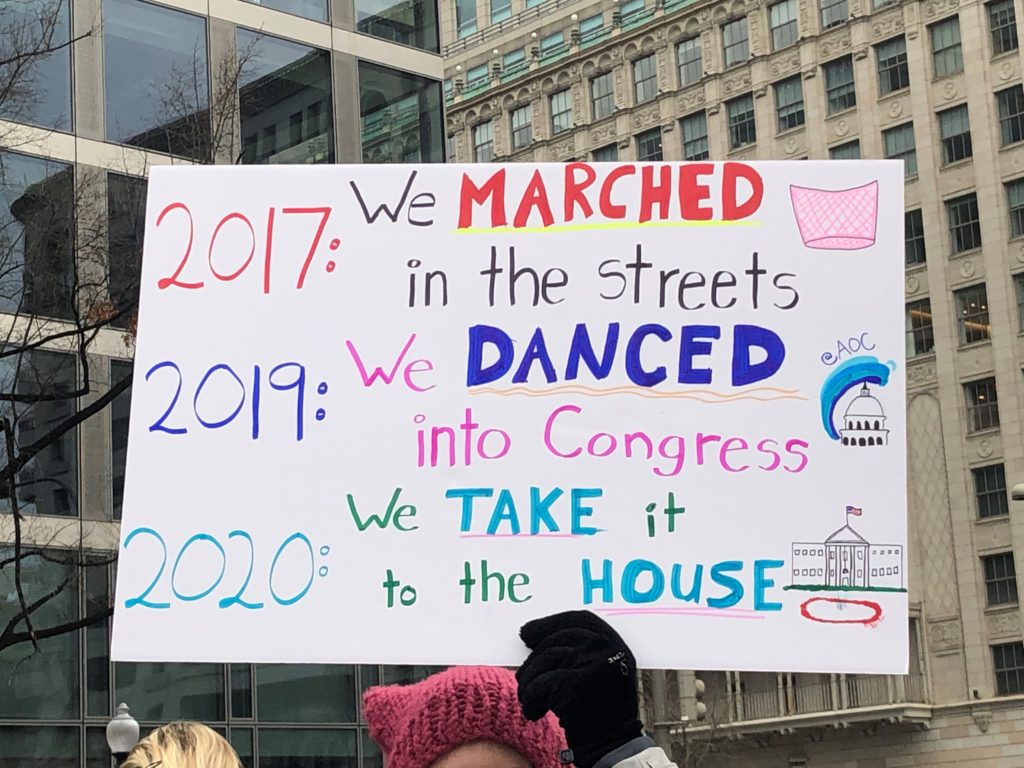 I’m aware that the controversy surrounding the March involves Tamika Mallory’s refusal to condemn Nation of Islam leader Minister Louis Farrakhan. However, does she have to condemn him or turn her back on a group of people that supported her during a difficult time in her life to be a leader in the movement? Must she denounce the support the Nation offers to the Black community to be of service to the Black community? Should anyone be forced to do so when as Tamika says on The View that she doesn’t agree with everything Farrakhan says? 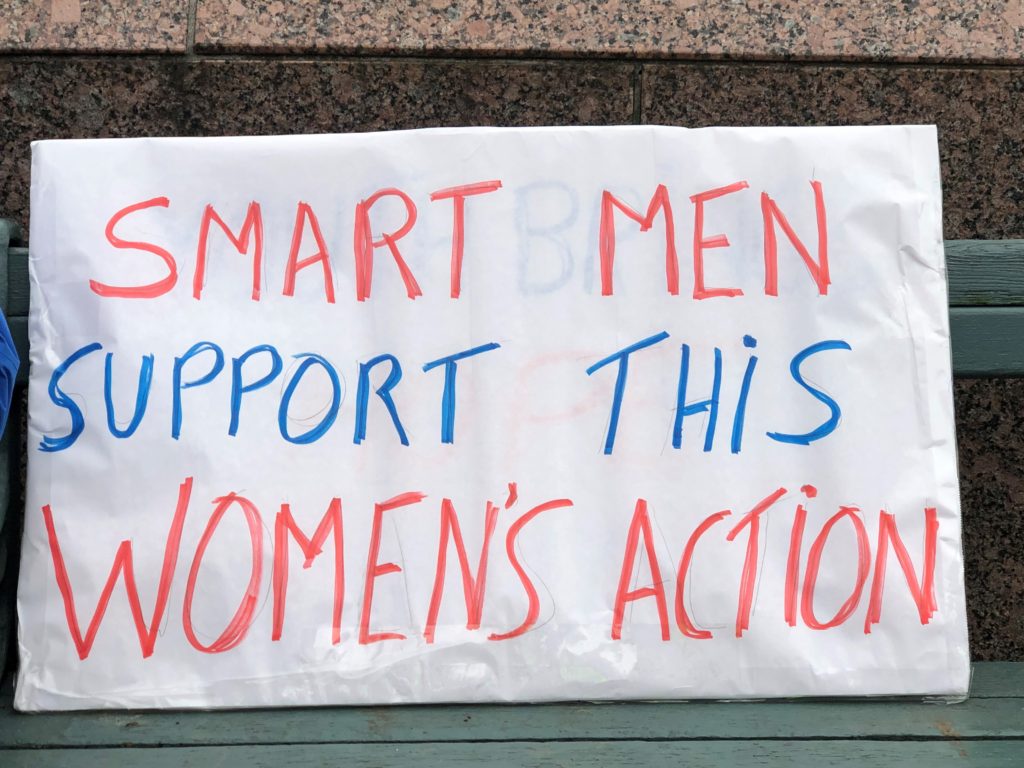 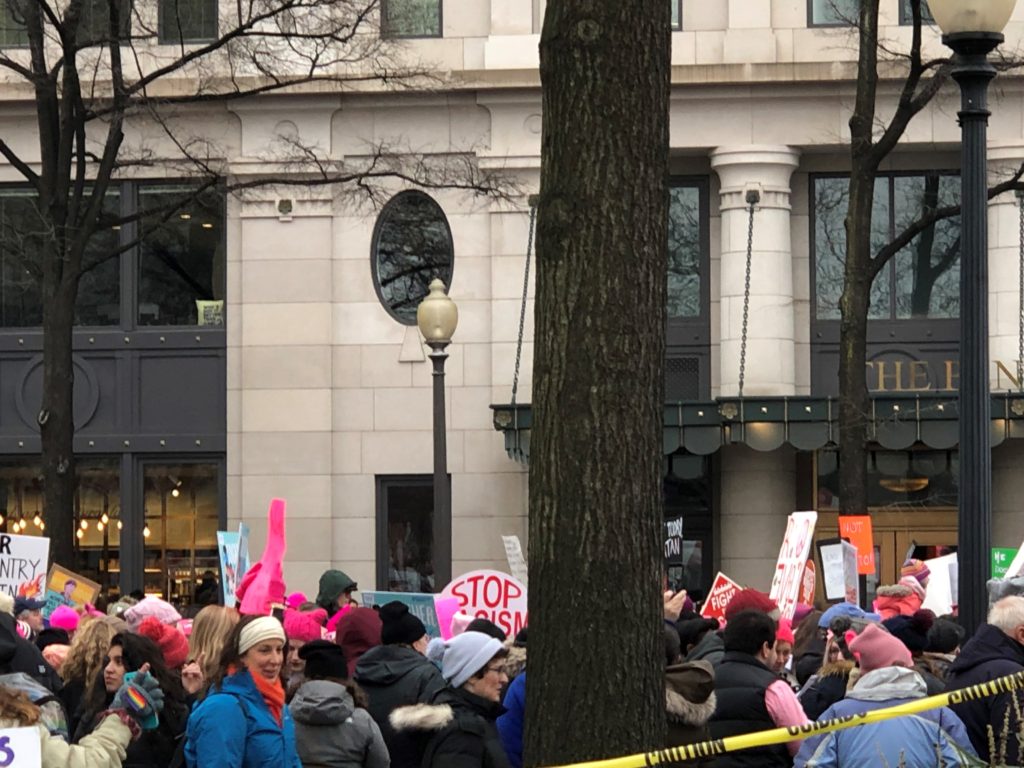 How many of us support an issue or group of people and do not believe in everything they say or stand for? You’re Catholic but hate priests who sexually abuse children and the church’s role in covering it up. You’re pro-choice, but you wish women would not choose to have an abortion. You’re a man and enjoy the privileges of being a man affords you, but you are not quite willing to give up some of that privilege for women of color. You fight for the rights of formerly incarcerated individuals but hate the crimes they’ve committed.

[su_quote]Human beings are complex and instead of looking for ways that we differ, I wish we spent more time looking for agreement and formed strong alliances based on those areas of agreement.[/su_quote] 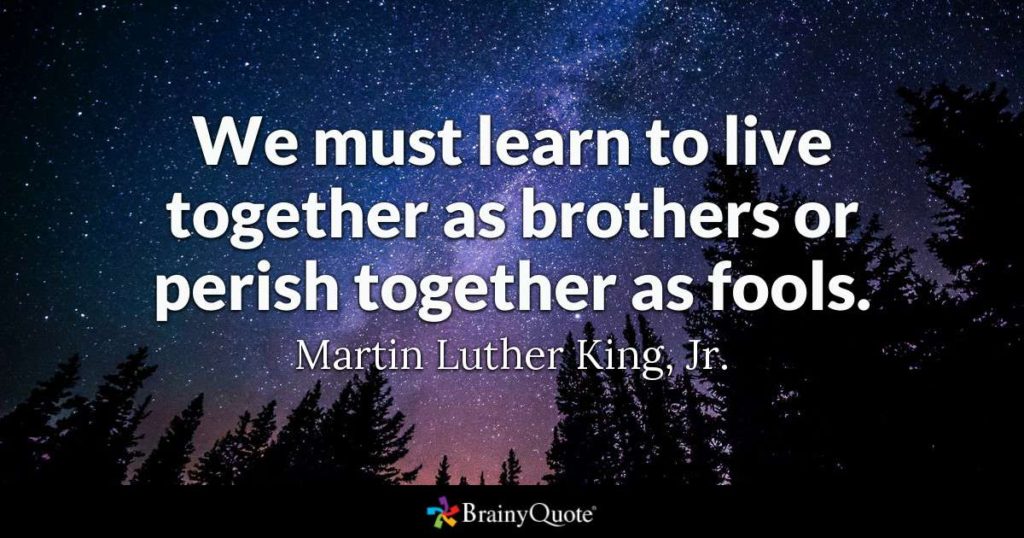 For today’s Mobilize Monday, I ask that you take some time for self-reflection. Think about how your values influence your advocacy. Try to honestly recall times you had unkind, sexist, racist, xenophobic, or elitist thoughts. Should those thoughts disqualify you for service in support of the cause of women of color? Do you still ‘deserve’ a seat at the table as an ally because you have said untoward things—even multiple times? Would you be open to learning why your views are offensive to some? Do those views make you a ‘bad’ person?

If we waited until we were all perfect, without blemish, harboring no ill will towards anyone, we would likely never come together. WE CAN is a network where women of color can come together to share, learn, and act on our collective needs and concerns. Sometimes it will be messy as hell. Other times not so much. All WE CAN asks is that we open lines of communication, build relationships and COME TOGETHER to transform our communities. WE CAN do it TOGETHER!