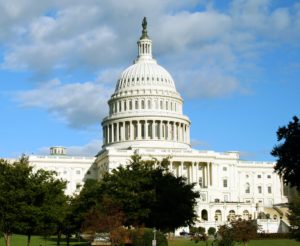 I am tired of all the talk about killing President Obama’s legacy. Especially since I think it is super hard, maybe even impossible, to kill someone’s legacy. We lived through 8 years of Congressional efforts to cripple President Obama’s leadership. But, as much as some try to distance themselves from their previous commitments to ensure that President Obama was a one-term president, or refuse to compromise and work with him to pass meaningful legislation, and even block his nominee to the Supreme Court by refusing to hold hearings; their legacy of hate persists today.

First, let me say that WE CAN is open to working with ANYONE sincerely willing to advance the cause of equity and justice for women of color. In these divisive times, it is critical that we develop pathways to collaboration that are mutually beneficial. I do believe that there are ways forward that will meet seemingly conflicting goals of fiscal responsibility so often associated with Republicans and social justice that is assigned as a priority to the Democrats. I don’t think either side should ‘own’ fiscal responsibility or social justice. Aren’t both essential to the effective functioning of government and society?

But this post is not about the differences between Republicans and Democrats; instead, I want to ask why some think it is so important to ‘destroy’ President Obama’s legacy? And why are we allowing ourselves to be distracted by this silly argument? We could argue until the cows come home about whether Obama was a good president, but what’s the point? His time in office is over. Now is the time to focus on what lies ahead for the country. Why aren’t we holding current elected officials to building on what happened from 2009 – 2017 instead of trying to protect a legacy that is solidly in place?

But Sisters, instead let’s not be distracted by all the talk about destroying President Obama’s legacy and focus on what actions current elected officials have planned that will make our lives better. If they have plans, let us be vigilant in our efforts to show support for those things that we think will work. And if their plans could cause us harm, we need to be vocal expressing our discontent.

The Women’s March and other protests have made some of you more vocal about what happens in your community. But sadly, some of us remain on the sidelines afraid to act. Please don’t get me wrong, I know speaking out is scary. I know you’re busy and might not have time to attend a protest march. But, this week, I want you to do one simple thing you can do to begin talking to your elected officials. So here goes!

My name is INSERT YOUR NAME HERE and I am your constituent.  I’m writing to open lines of communication because I am concerned about our community and your role in making things better.

Let me know how it goes and if you get a response!