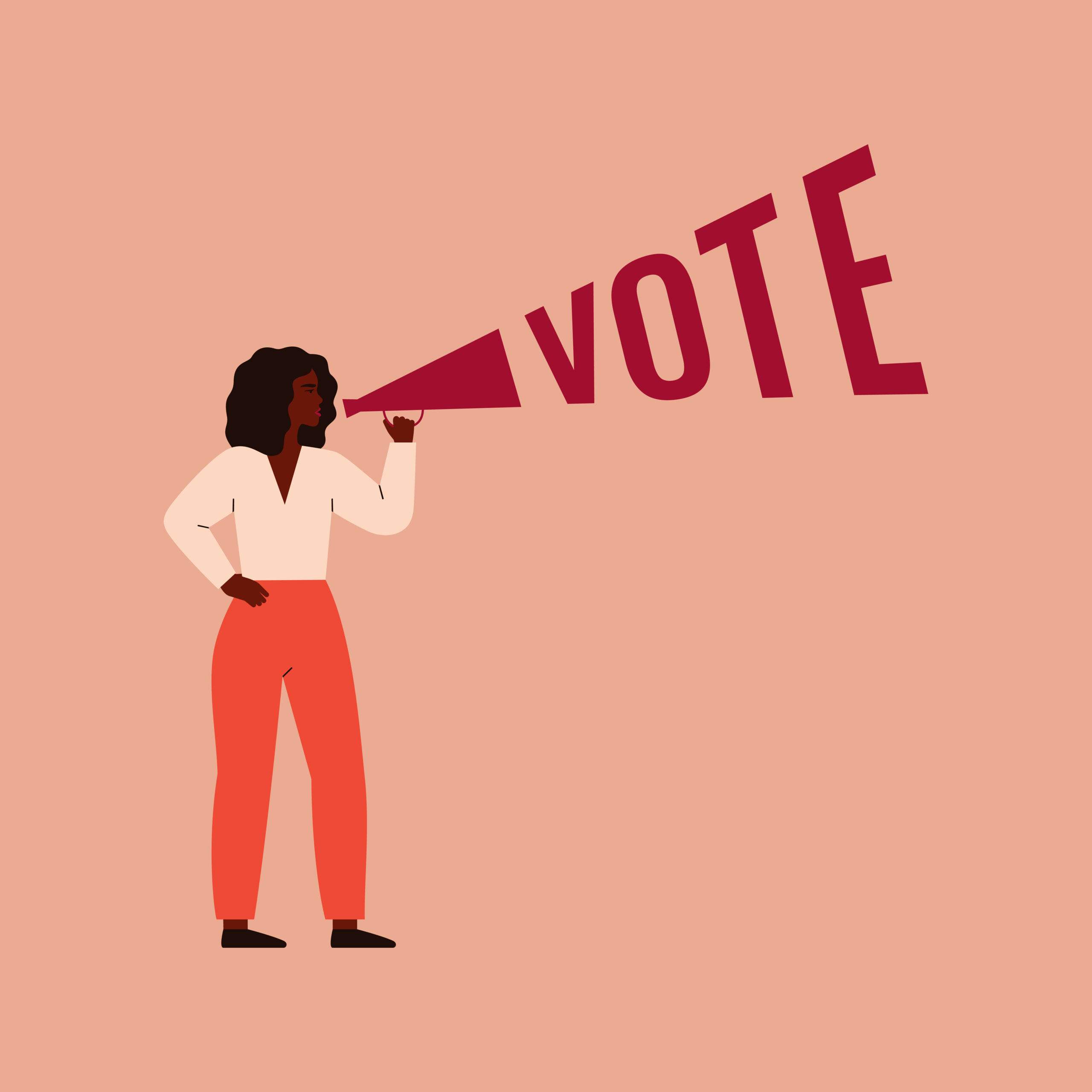 Voting for your preferred candidate is only one thing you need to do as a defender and keeper of our democracy. If the past four years have shown us anything, it is that elected officials are like toddlers. You turn your back on them for a second, and stuff can go south fast.

An election will take place on November 3rd, and a new President, Vice President, 435 members of the House of Representatives, and 32 United States Senators, and a bunch of state and local officials will have the right to make decisions that affect our lives.

Network news and social media have given us a front-row seat to more violence against Black Lives Matter protestors, news of more Black men killed at the hands of police, inequality made worse by the pandemic-with Black and Latino families suffering the greatest economic hardship, and nearly 200,000 COVID-19 deaths.

So, on this Mobilize Monday, you have a choice. Will you sit at home in some meaningless protest against the candidate you don’t like? I hope you know sitting at home all but assures the other guy wins.

Will you sit at home and keep silent about justice delayed for Breonna, George, Ahmaud, Jacob, Daniel, Vanessa, and countless others? I hope you know, not voting for local prosecutors and judges all but assures that the justice system continues to fall short in its charge to provide equality under the law.

Don’t let a celebrity (and you know who I’m talking about) tell you that voting without a signed Contract for Black America makes you a sellout. Voting in this election is more important than any other election in our lifetimes. Hopefully, it is the last where democracy is on trial.

If you stay home, you’re saying to White supremacist groups you don’t give a damn about a Contract with Black America. White supremacists and other racists want judges who share their racist views in every court in the country. They want police chiefs and sheriffs that will continue to look the other way when white men and women commit crimes against Black folks. They want immigrants deported. They don’t mind babies in cages, or worse, sold into child trafficking. They don’t care about police and military on city streets because they have already infiltrated their ranks, and based on what we saw in Kenosha, they can walk among the police with long guns, murder other white people sympathetic to our cause in cold blood, and nothing happens.

The folks in the photo below are likely going to vote. Are you?

So, sit home if you want to. Keep thinking that the government you need to deliver your Contract with Black America can happen without your DIRECT INVOLVEMENT. Keep thinking that you can get what you want by merely criticizing 45, Biden, Harris, and claiming that those of us who choose to vote and get involved are suckers.

If you are ready to stop complaining, and DO SOMETHING!

Sign up for WE CAN’s letter-writing party on October 3rd. WE CAN will be reaching out to voters in multiple states, encouraging them to vote in November.

Make a voting plan. Study your local ballot. Look up your current elected officials, see how they have voted, read their position statements, and make an informed decision when you go to the polls.

The election takes place in 50 days. What will your future self have to say about what you did to make a difference in November 2020?

Join WE CAN for a screening and discussion of And She Could Be Next, Part 2. The film tells the story of a defiant movement of women of color who are transforming American politics from the ground up.

“If ever there was a moment where we need to be reminded of the leadership of women of color, that time is now,” said Ava DuVernay, one of the film’s executive producers. “If you’re an immigrant, a young person, a person of faith, or simply someone who has felt unseen for too long, you will find yourself reflected in this story.”

Research shows that too many voters stay home because no one asked them to vote! Join WE CAN in writing to voters in eight (8) states to ask them to vote on November 3rd!

Bring a beverage, printed copies of the letters, envelopes, and stamps, and do your part to meaningfully increase the odds that the recipient will vote. A concrete action you can take, no matter where you live, to get unlikely-to-vote fellow citizens to the polls.

Join WE CAN to learn how to make the most of your vote. If you live in Maryland, you will learn details about how the General Assembly works, the process for voting in Maryland and some of the issues that will be on the ballot. Bring your questions to make sure you learn what you need to make your vote count!