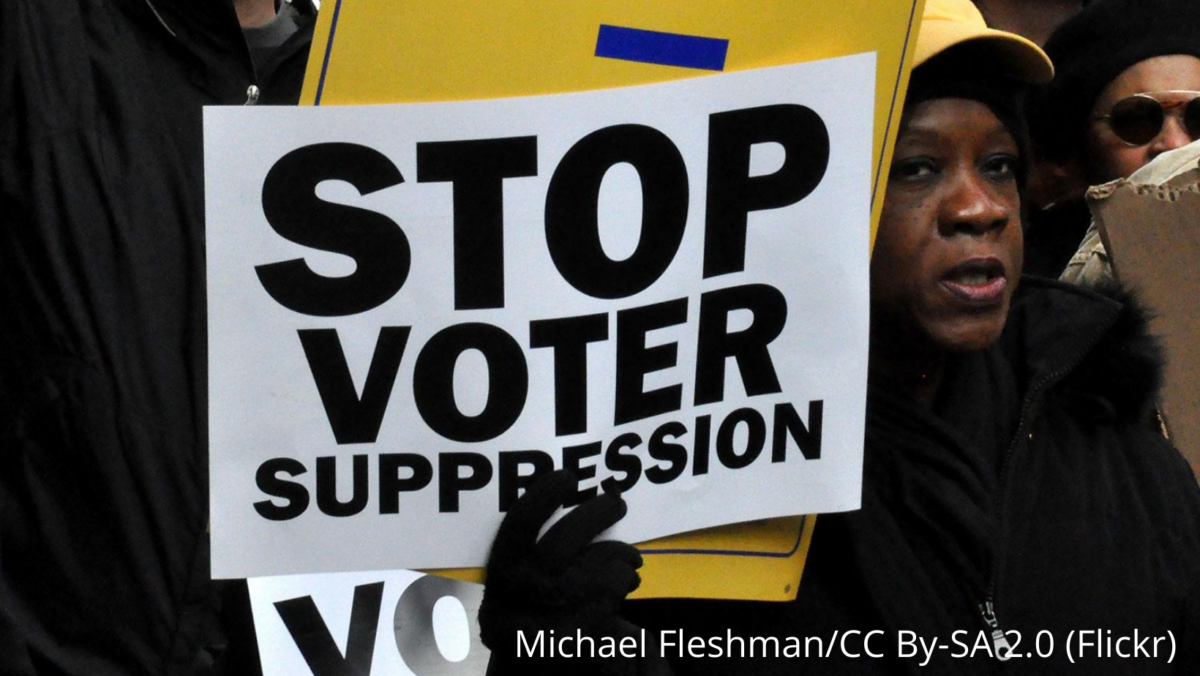 “Aw, you done messed up now!” Do you remember hearing these words when the playground bully went too far, and his/her victim turned red with anger and went nuts and beat up the bully? That is how I feel right now. The shenanigans down in Georgia and dozens of other states to flat-out stop folks from voting have me ready to fight anyone trying to stop folks from voting like they are the playground bully or a junkyard dog. The ‘good news’ is they are not even trying to hide anymore. We all know it is easier to fight an enemy you can see. They are in plain sight, their tactics are in plain view, and the pathway to defeating them is coming into focus.

However, too many Americans are unbothered or not bothered enough to act. Maybe the overreach of power-hungry and racist politicians will FINALLY make folks that have been asleep wake-up and pay attention. But just in case, Sisters, arm yourselves with the facts and take action today to stop the wave of voter suppression laws making their way around the country.

First, the bad and the ugly. According to the Brennan Center, as of March 24th, legislators in 47 states have introduced 361 bills that in one way or another would restrict the right to vote. You have probably heard about Georgia, but did you know that the legislature in Iowa made it harder to vote by absentee ballot, reduces the early voting period by nine days, and requires polls to close an hour earlier than before. They did this in Iowa where Black folks are only 3% of the voters. If they will do this kind of foolishness in Iowa, we don’t have a single thing coming in states like North Carolina, Florida, Michigan, Ohio, and Pennsylvania where we account for at least 10% of eligible voters. 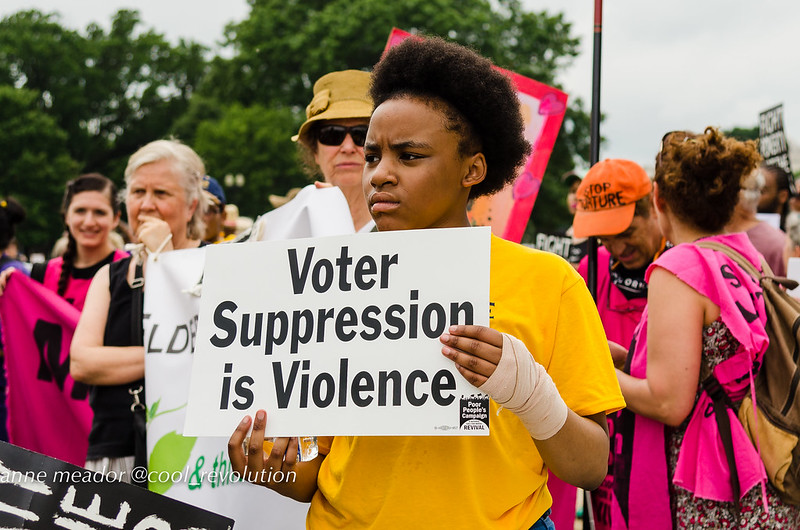 The bottom line, there are SERIOUS efforts underway to make sure that people of color, low-income folks, women, young people, and basically anyone not down with preserving white men in power, have a HARD time voting. So, what can you do?

Sisters, I cannot stress enough how important it is for you to make some noise about the For the People Act. We MUST raise our voices to get this bill passed in the United States Senate. The U.S. House of Representatives passed its version of the For The People Act (H.R. 1) on March 3rd. The bill is now in the hands of the U.S. Senate where it faces significant opposition. 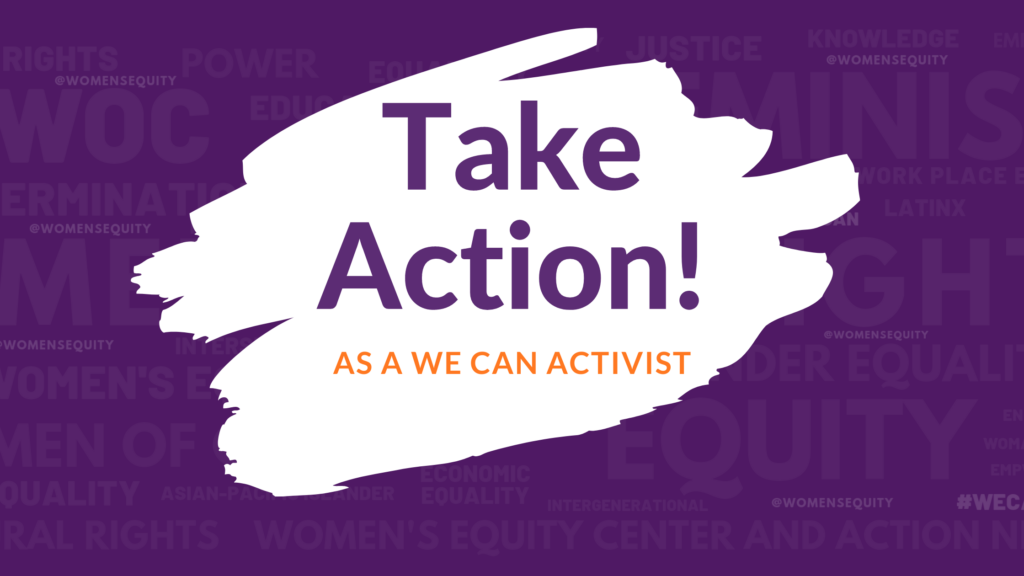 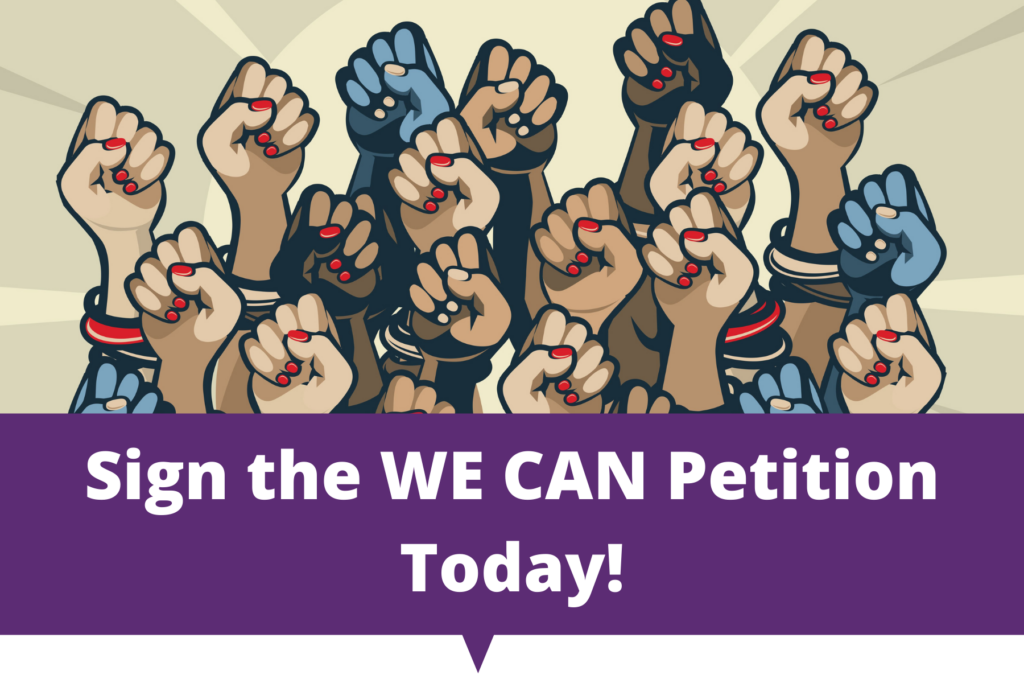 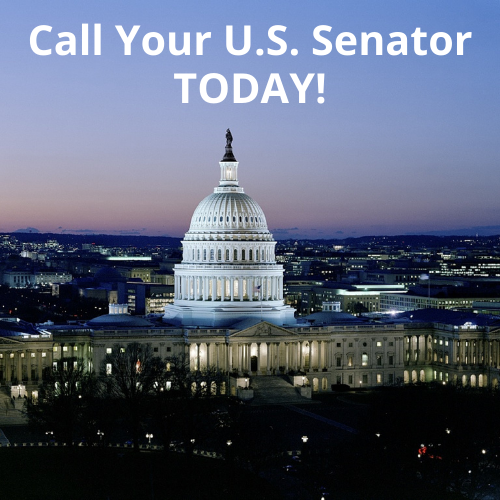 “Senator (INSERT LAST NAME), I am sure you share my concern about the hundreds of bills introduced or passed in states that will restrict voting rights. I am also sure you know that the For The People Act will all but stop these regressive laws from taking effect and limiting voting for millions of Americans. Do the right thing and PROTECT THE VOTE! Thank you.”

The forces at work to hinder our right to vote need to know that we are not only ready to fight, and we are not afraid. Sign the WE CAN petition AND call your elected officials. Do these things today. Like Now! 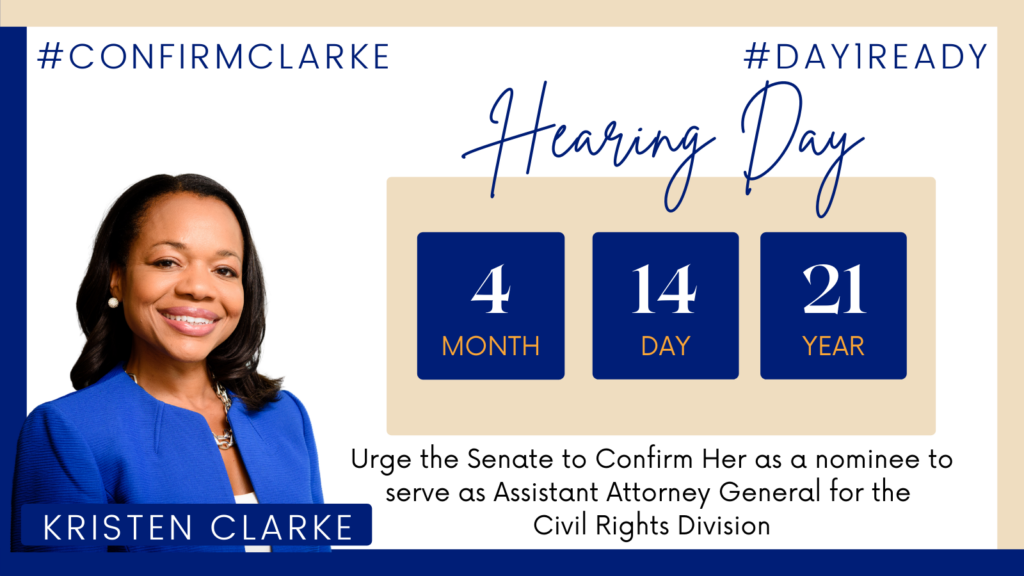 Representation matters. When people who have a similar lived experience are in leadership positions, it increases the chances that your experiences and needs are heard. Having women of color in leadership positions within the current administration (beyond Vice President Kamala Harris), remains a priority for WE CAN. To that end, we invite you to contact your elected official and demand a fair hearing for Kristen Clarke, nominee for Assistant Attorney General-Civil Rights Division.

Let your U.S. Senators know that Kristen Clarke is more than qualified for the position and that you want them to judge her record and her qualifications, not the lies reported by her opposition.