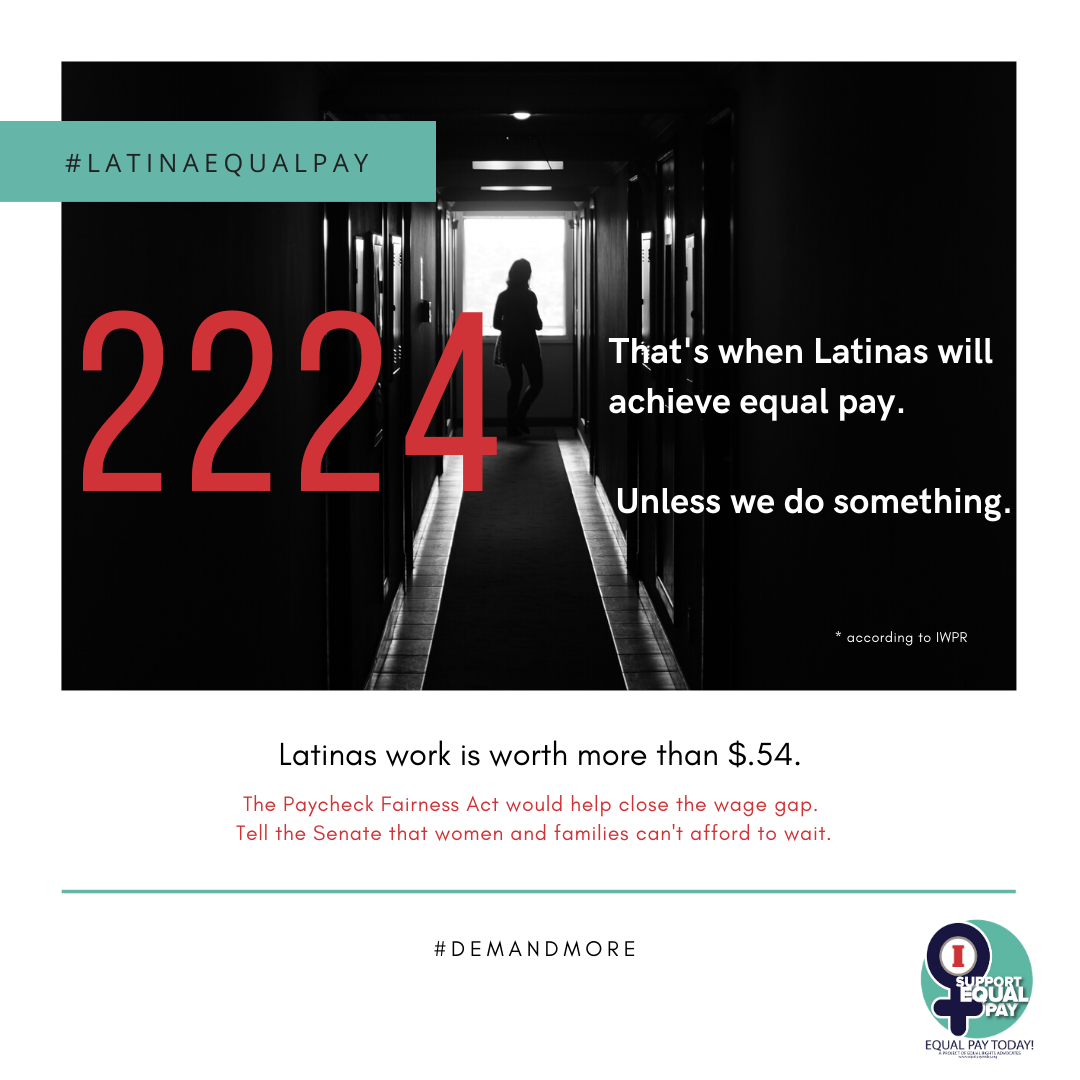 Wednesday, November 20th is equal pay day for Latinas. What is equal pay day? Equal pay day is the name given to the fight to ensure that Latinas are paid the same as white, non-Hispanic males. Latinas typically earn only 54 cents for every dollar earned by White, non-Hispanic men and must work nearly 23 months to earn what white men earn in 12 months. Let that sink in-double the time spent for the same amount of money. 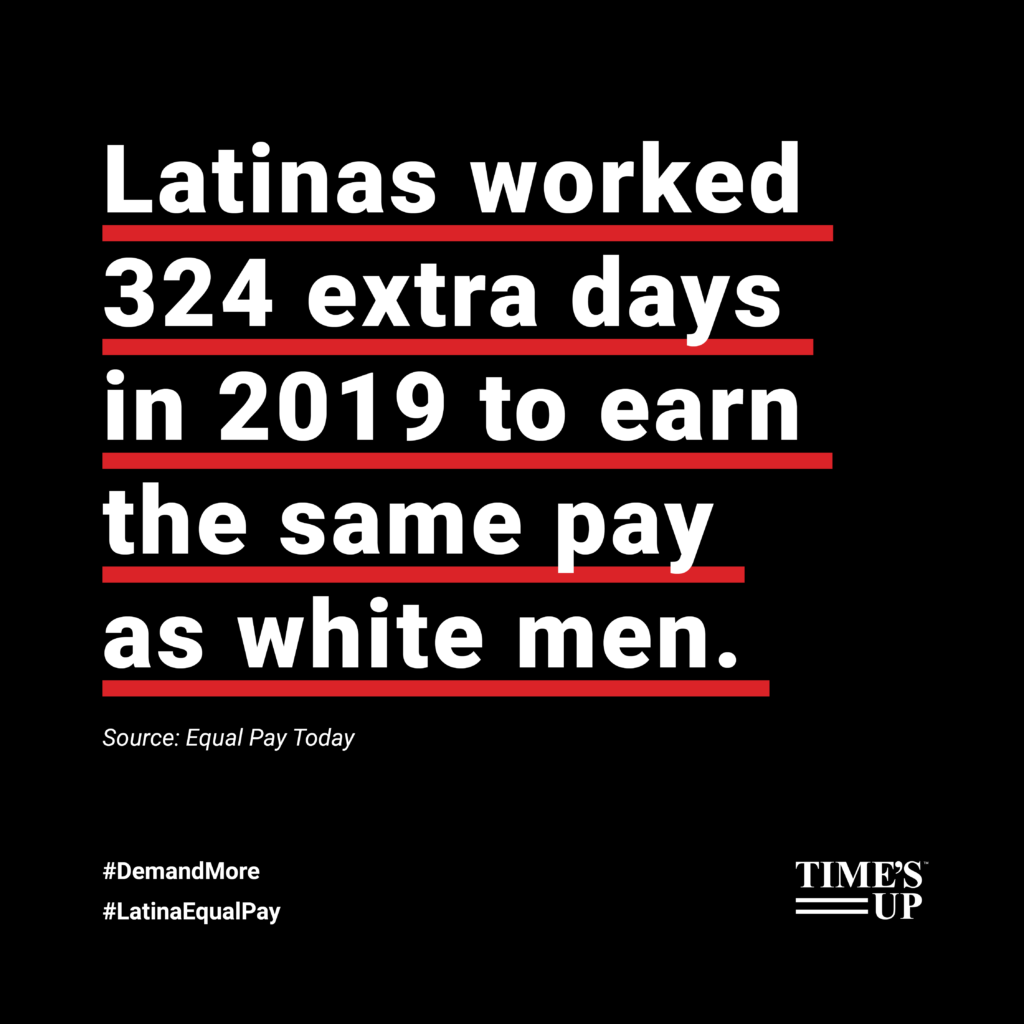 It is incredibly sad that we STILL need to declare that Latinas deserve equal pay for equal work. Sad that so many Latinas daily toil away at work that never quite pays enough to pay the bills and provide a good life. Shouldn’t hard work be enough to ensure you are not living in poverty? While we have our noses to the grindstone, we must also come together and lift our voices and flex our activist muscles to fight for Latinas right to equal pay.

WE CAN knows that most of you are living the daily nightmare of ‘hustling backward’ at jobs that never seem to be enough to pay your bills, never mind trying to get ahead and save. Today we draw a line and demand equal pay for equal work!

Out of 59.9 million Latinos living in the United States, 28.3 million are Latina. U.S. Census Bureau

From the Center for American Progress Report, Economic Security for Black and Hispanic Families

From the National Women’s Law Center – Equal Pay for Latinas

The typical Latina earns a staggering $28,000 LESS EVERY YEAR than a white, non-Hispanic male. The wage gap has life-long consequences, with a Latina women losing more than $1.1 million over a 40-year work history. 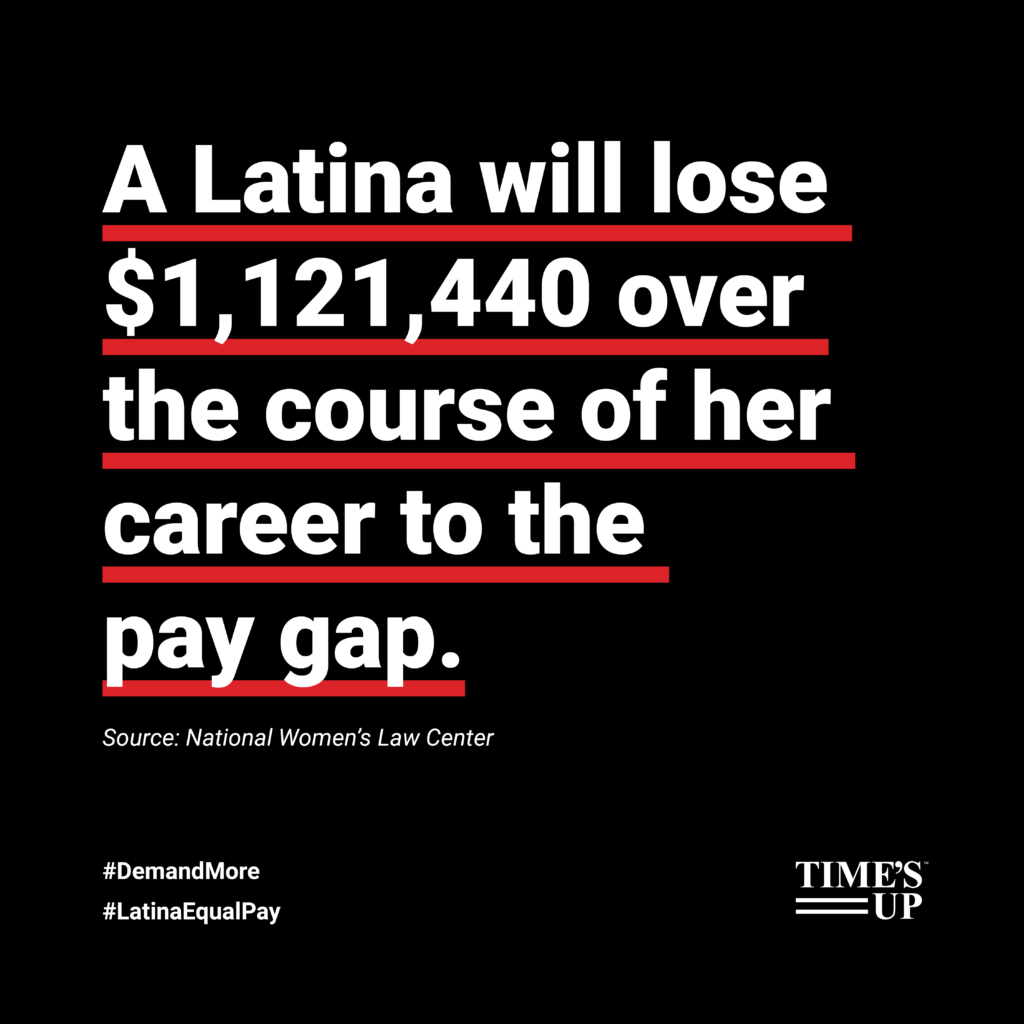 What can YOU do?

Fighting for equal pay will take all of us, working together, to win the right to a fair wage for hard work.

Stephanie McGencey, President and Founder, Women’s Equity Center and Action Network (WE CAN)